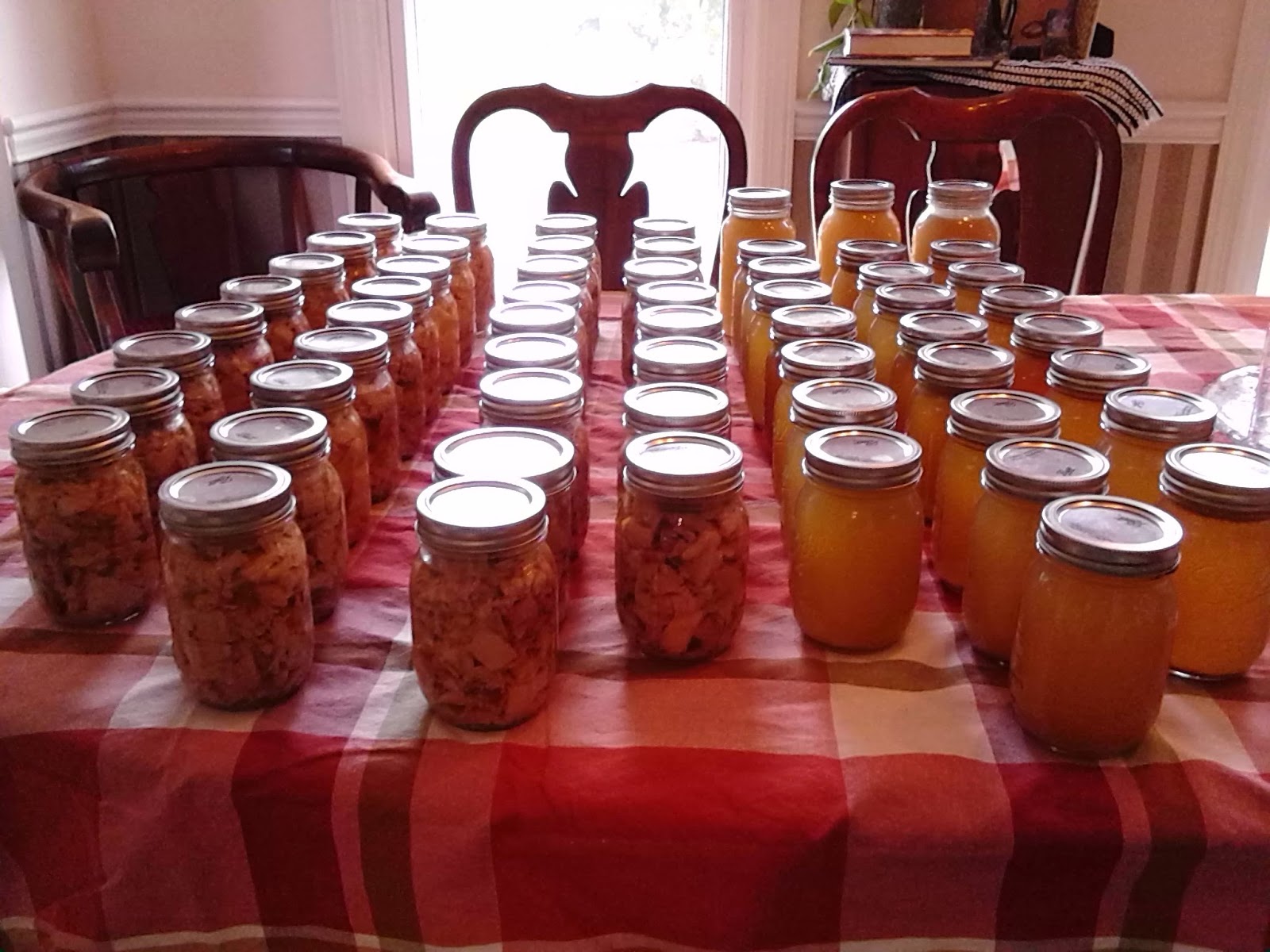 You can totally hunt wild turkey, and it would be so fitting for this blog.  But I didn't.  Instead I bought six frozen young turkeys (12 lbs each) this week at GFS for .49 per lb.  I definitely did not have room in my freezer for turkeys so I decided to can them.  Yes, I spent my week baking and boiling six turkeys.  Phew! We will be eating turkey for the next year.  However, considering I only spent around $36, I think that is a great deal!  It will make throwing together dinner so easy.

To can turkey, all you do is cook it, cut it up, put the chunks in clean jars, pour either water or broth over them and pressure can them at 75 minutes for pints or 90 minutes for quarts at 10 lbs.  I chose to use broth which I made by boiling the bones plus balsamic vinegar, a couple of pieces of ham hock (to give it a smoky flavor), and some wild seasoning (garlic mustard, dandelion greens, garlic chives).  If anyone is interested, you can fully cook a turkey in two hours by boiling it, so long as you have a pot big enough!  I cooked two of them this way and really could not tell a difference in the meat after skinning and cutting.  You can use the broth from this cooking method to can as well.

Six young turkeys produced 34 pints of turkey and 28 pints of broth.  I have an additional three sets of turkey bones in the freezer for future broth making, which I would have done, but ran out of steam! 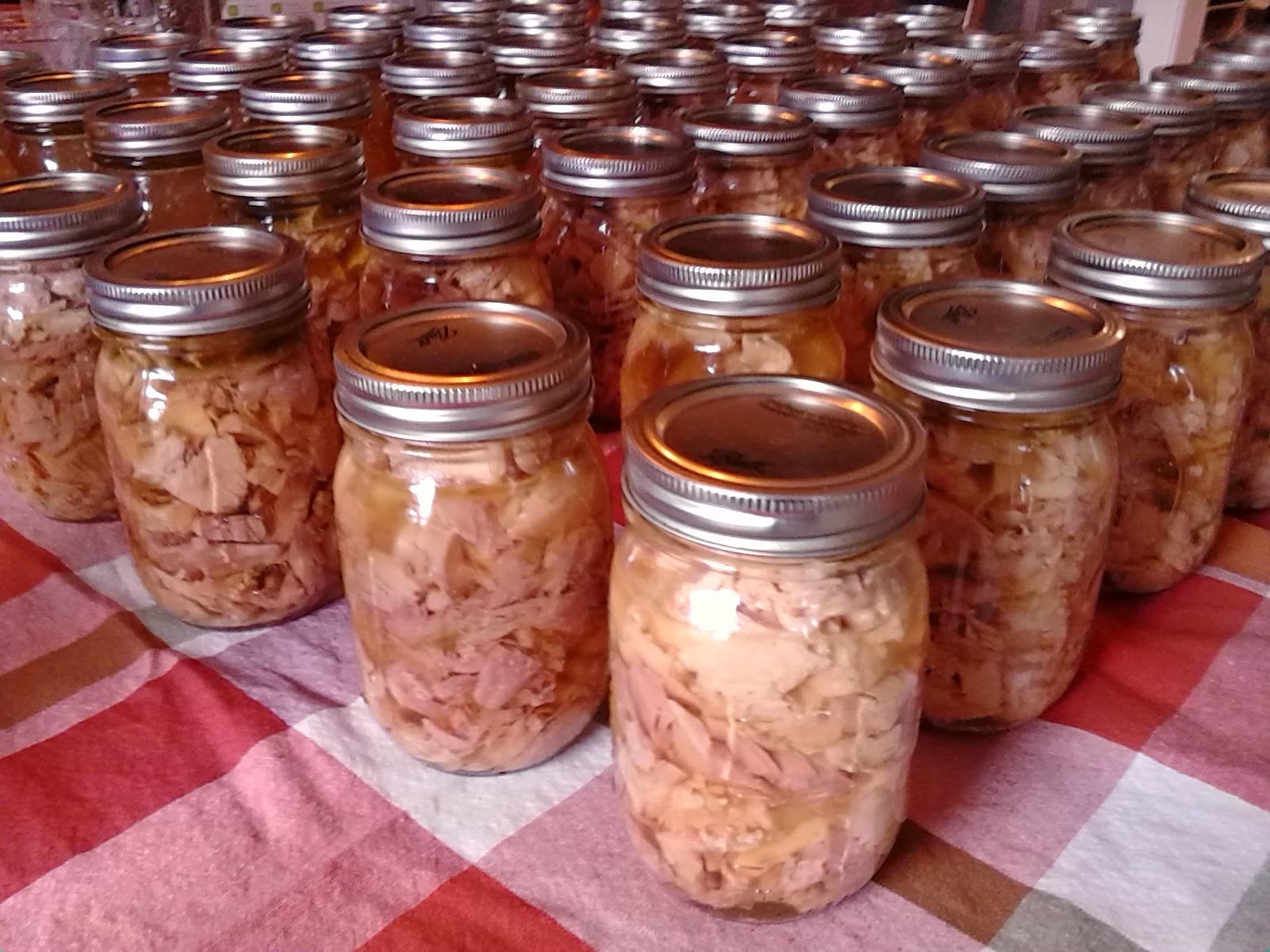