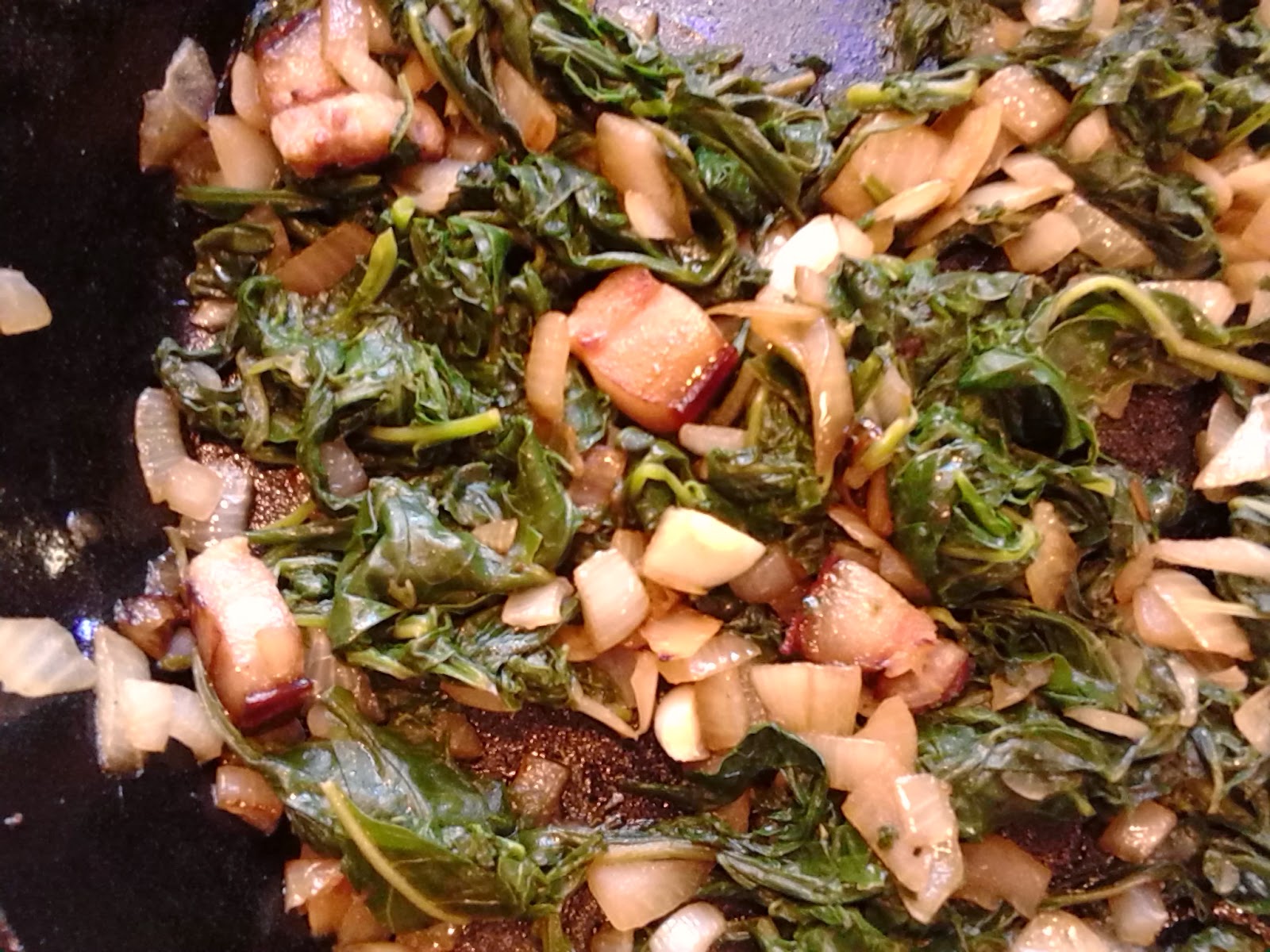 I remember once while growing up my grandmother found a bushy plant, which made her very excited.  She picked it and that night we had a "mess of Poke."  Apparently it was common fare in her day.  I must admit, it was very tasty!

Poke weed, Phytolacca americana, is a much loved and hated plant.  Primarily, this is because if prepared incorrectly, it can poison you, causing vomiting and diarrhea. The compounds thought to be problematic are oxalic acid, saponins (phytolaccotoxin and phytolaccigenin) and an alkaloid (phytolaccin). On the other hand, it's early spring appearance has saved many a settler from starving and even today it is being studied for it's cancer and virus fighting ability.  It is high in Calcium, Phosphorus, Iron, vitamin A, Thiamine, Riboflavin, Niacin and vitamin C.

It's really not hard to prepare as long as you follow a few rules.  What I like about it is the very pleasant taste and texture, not too firm and not falling apart, and it turns a beautiful green when cooked. In some places it is so loved that there are festivals in honor of the plant, like Poke Sallet Fest in Gainsboro, Tennessee, and Poke Sallet Festival in Harlan, Kentucky.

It is easy to recognize Poke.  It is a herbaceous perennial with lance shaped leaves, which when 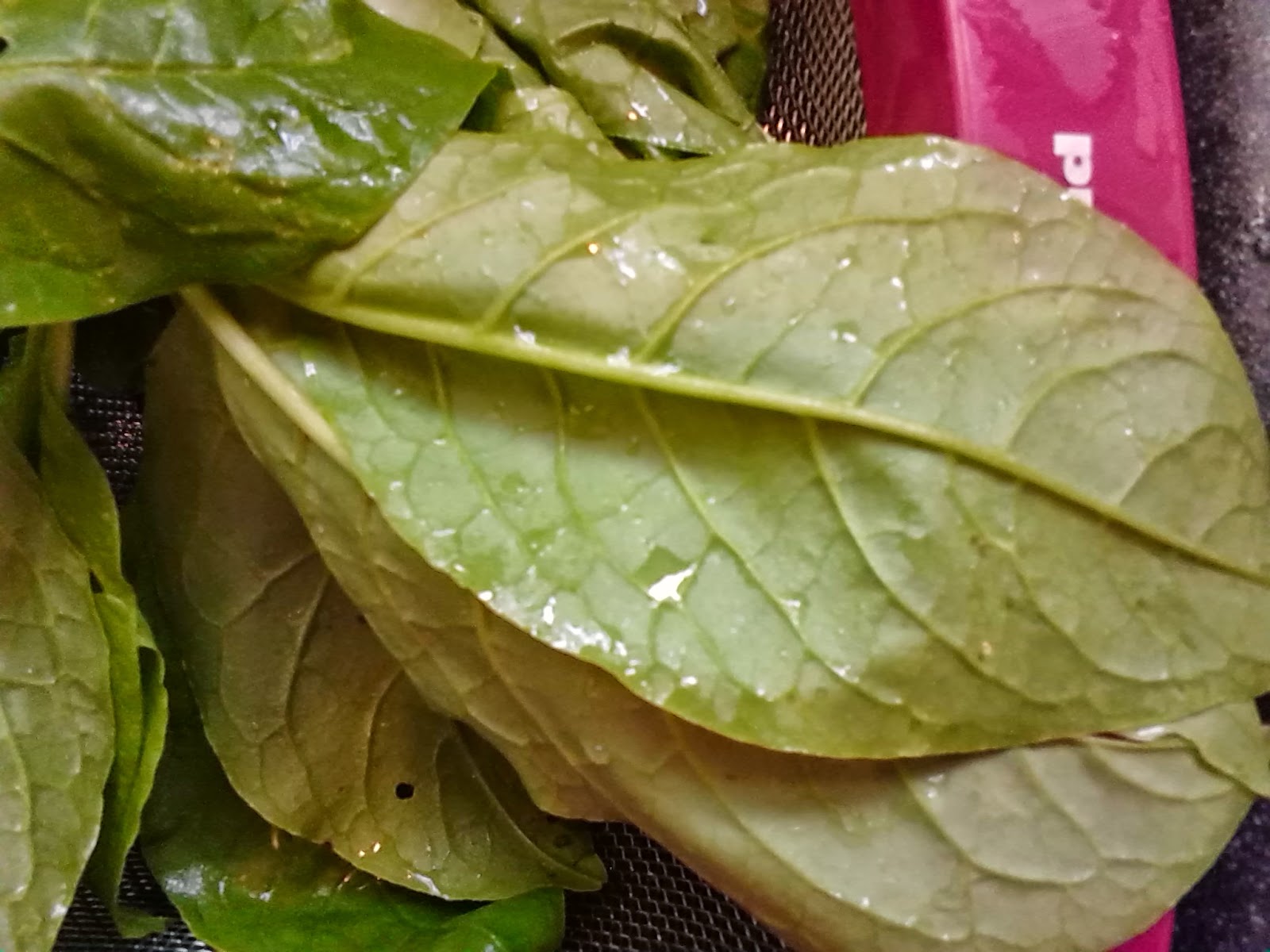 turned over, display a unique raised vein pattern (reminds me of my great aunt's hands, now you will always remember!).  When picking Poke for cooking, only pick from plants that are knee level or less with stems no bigger than a finger.  This plant tends to get large (10-12 feet) and is often mistaken for a tree.  Also avoid any with deep red stems, and do not pick if there are any blooms or the beginnings of berries.  To cook, wash the leaves, remove the stems and boil in two changes of water.  At this point you can prepare the Poke in whatever fashion you like.  Some people eat it with eggs.  Some people fry it... 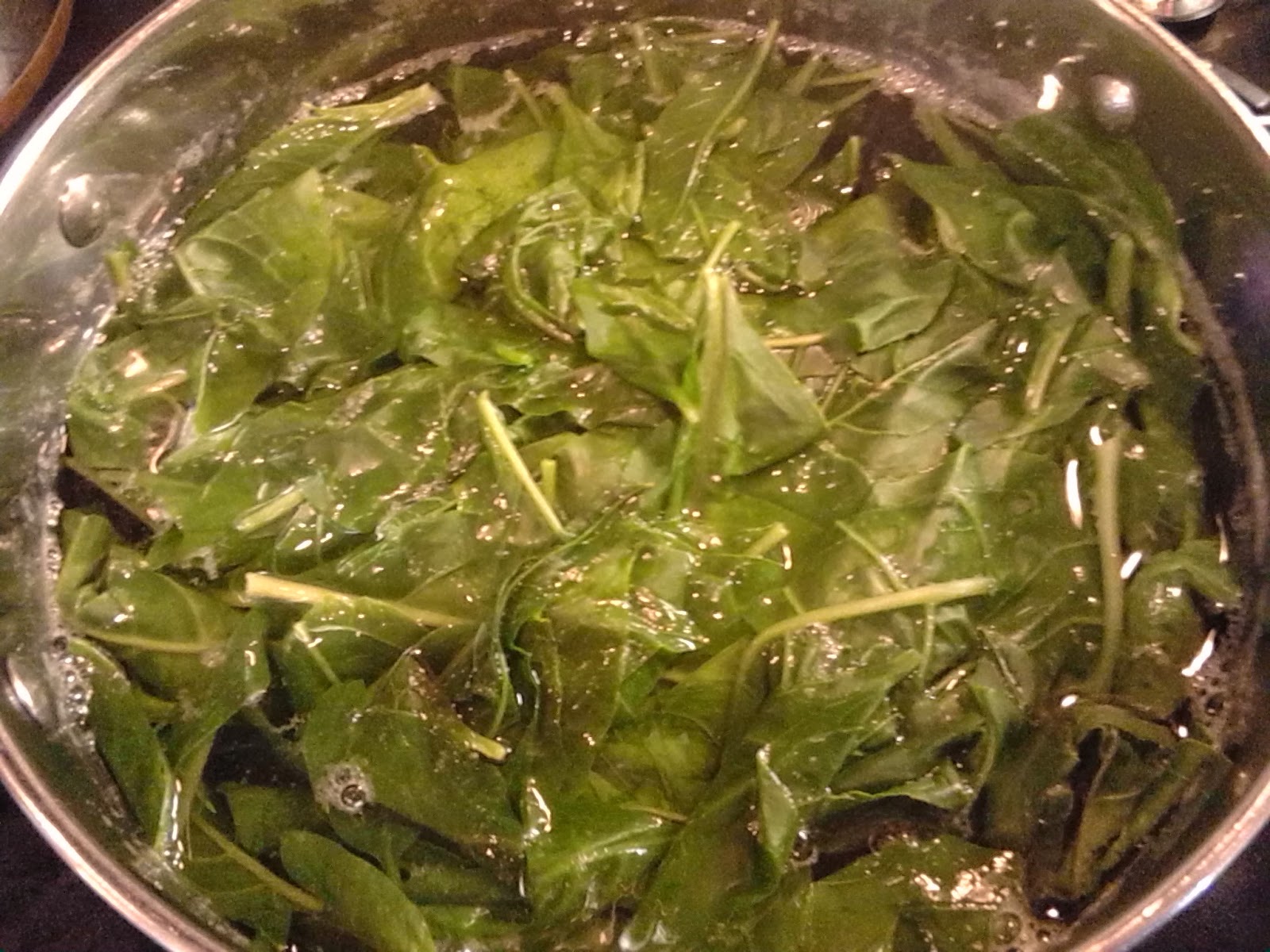 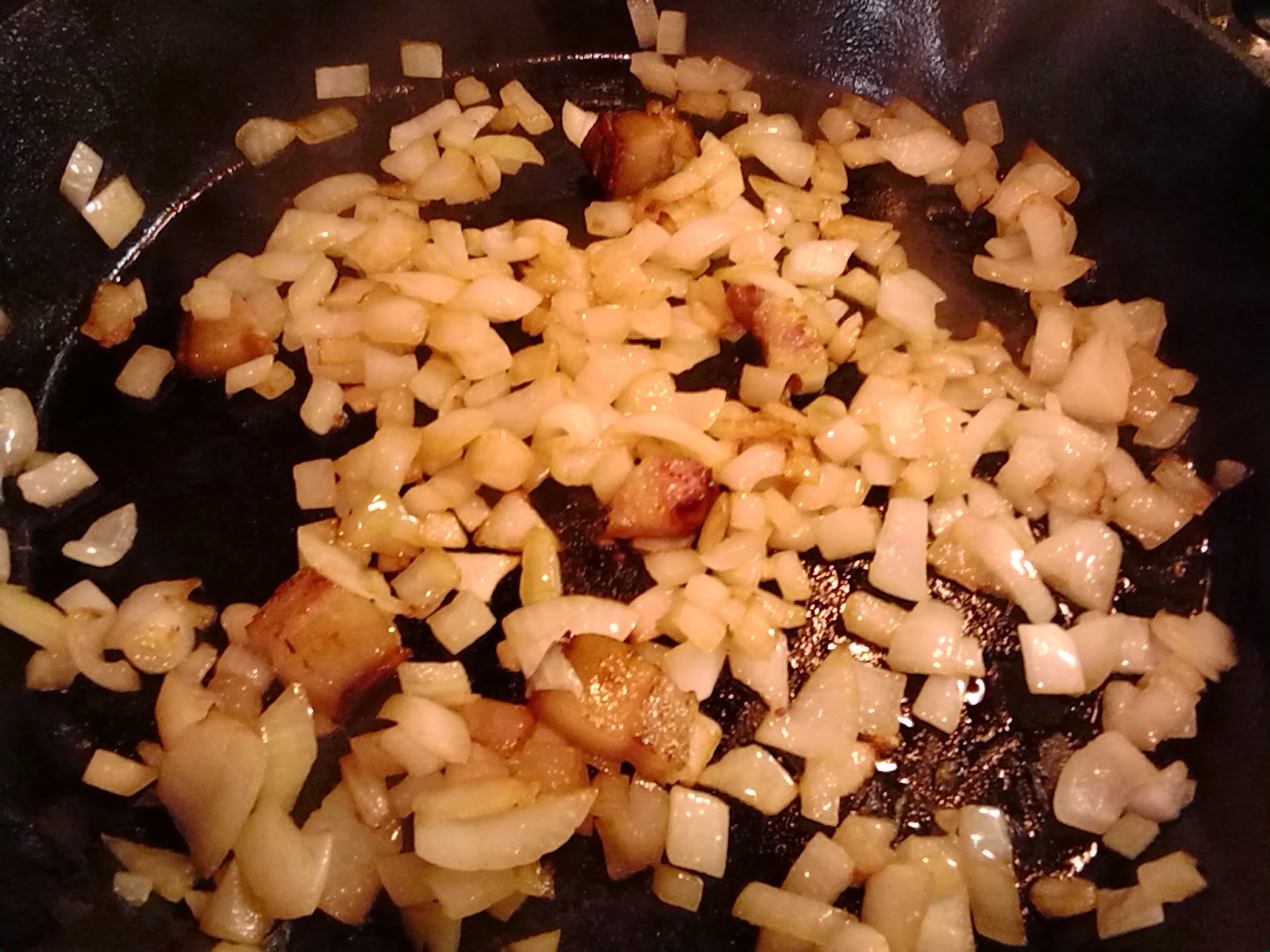 After moving leaves from first pot of water to second, replace original pot with a frying pan on the stove.  Add cooking oil, smoked ham hock and onion,  Fry until onion is lightly browned.

Add cooked and drained Poke leaves to frying pan and toss until well mixed.  Season with soy sauce (a few shakes) and salt and pepper to taste.

Serve with beans and cornbread! 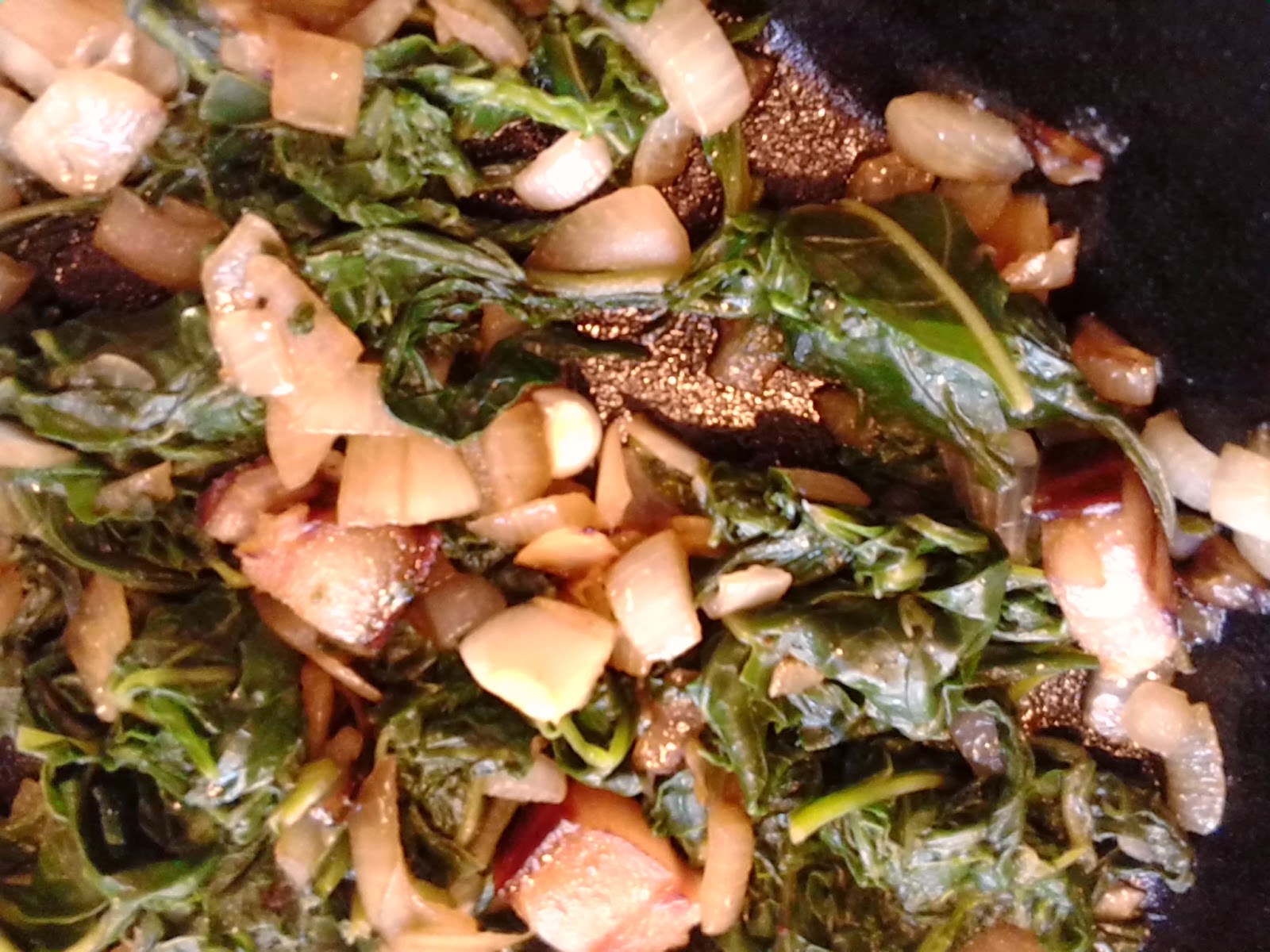