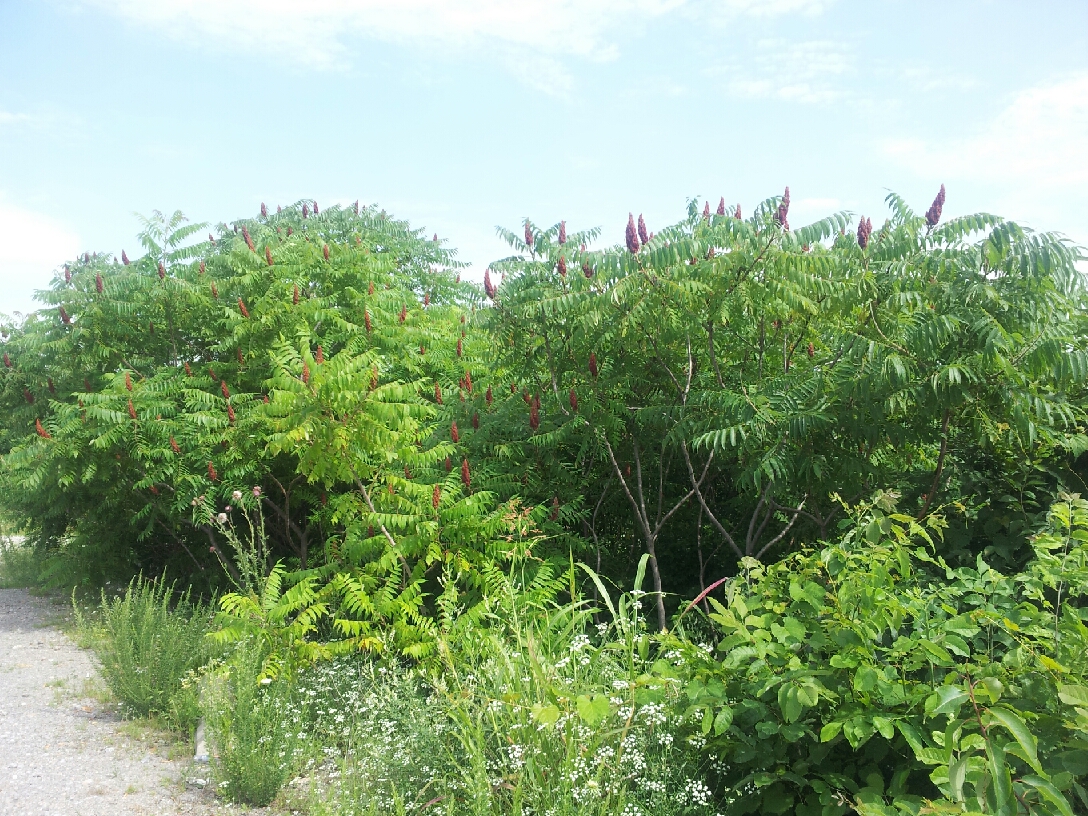 Staghorn Sumac, Rhus typhina, is commonly found in the Mid-South.  It is a picturesque tree that produces fuzzy, bright red berries in a pyramidal cluster.  The tree grows fast, is drought tolerant and does not generally have pest and disease problems.  It may appear as a shrub.  You can often find these trees along woodland edges.  You will most often find several trees together as it self-propagates from root suckers.  The species has pinnately compound leaves with serrated edges. It shares a genus with Poison Sumac, Rhus vernix, but the Staghorn berries are not poisonous and do not resemble the Poison Sumac variety (white berries).  Fall, particularly early September, is the best time to collect these berries.  There is also a non-fuzzy related variety, Smooth Sumac, Rhus glabra, that can be used, but I have yet to find one in Tennessee.

Sumac is often used to make a lemonade-like drink.  The outside of the berries have a citric taste to them and when soaked in water, creates a resemblance to lemonade.  The berries are also often used to create a popular middle eastern spice called Za'atar.  The citric taste to the berries is the primary attraction to this fruit so you do not want to wash it or pick it just after a rain.

I picked my Staghorn Sumac berries in September and I have let them dry for the last month.  They are fairly easy to remove from the branch.  If I had to describe the texture I would call them fluffy. 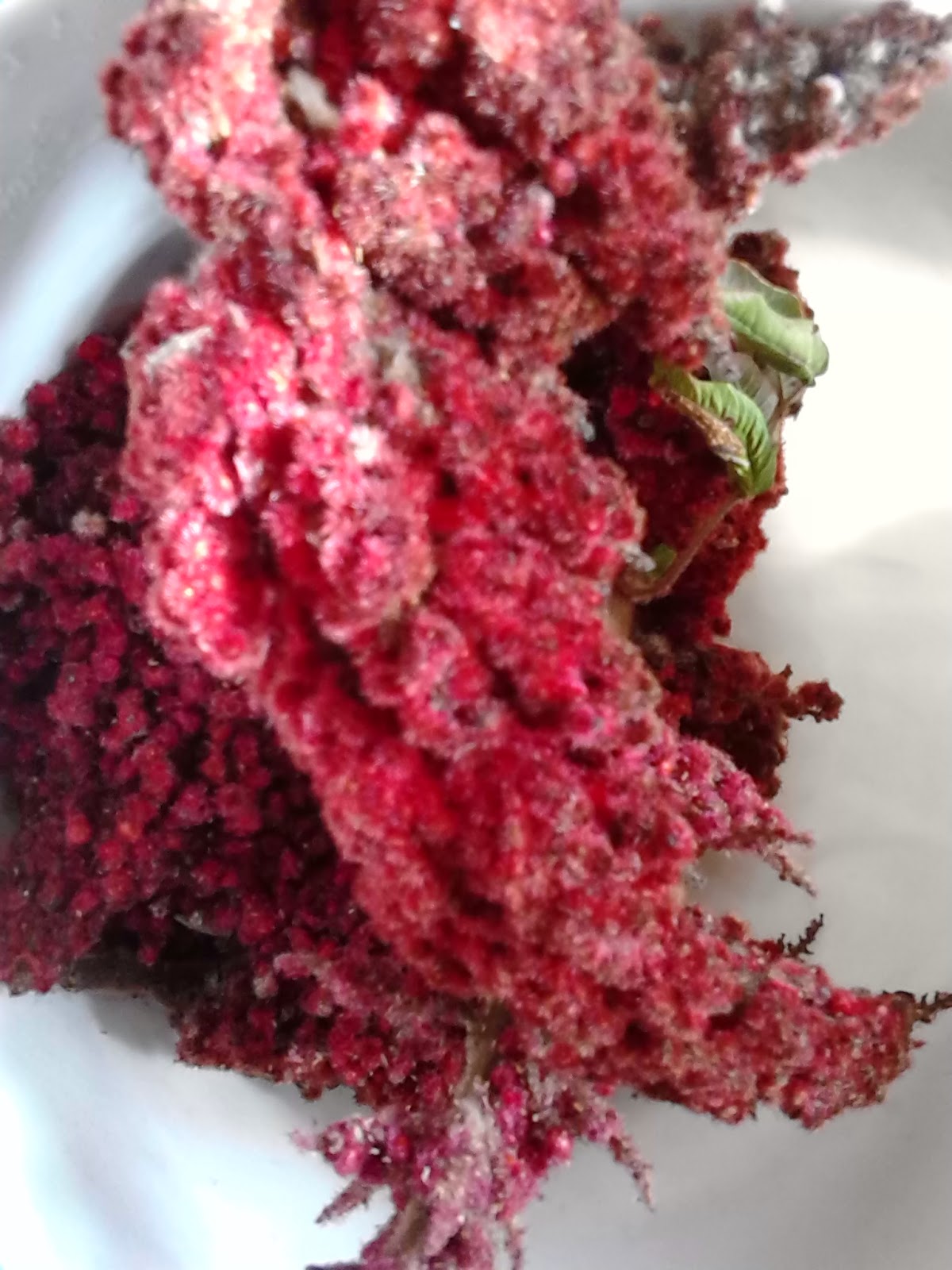 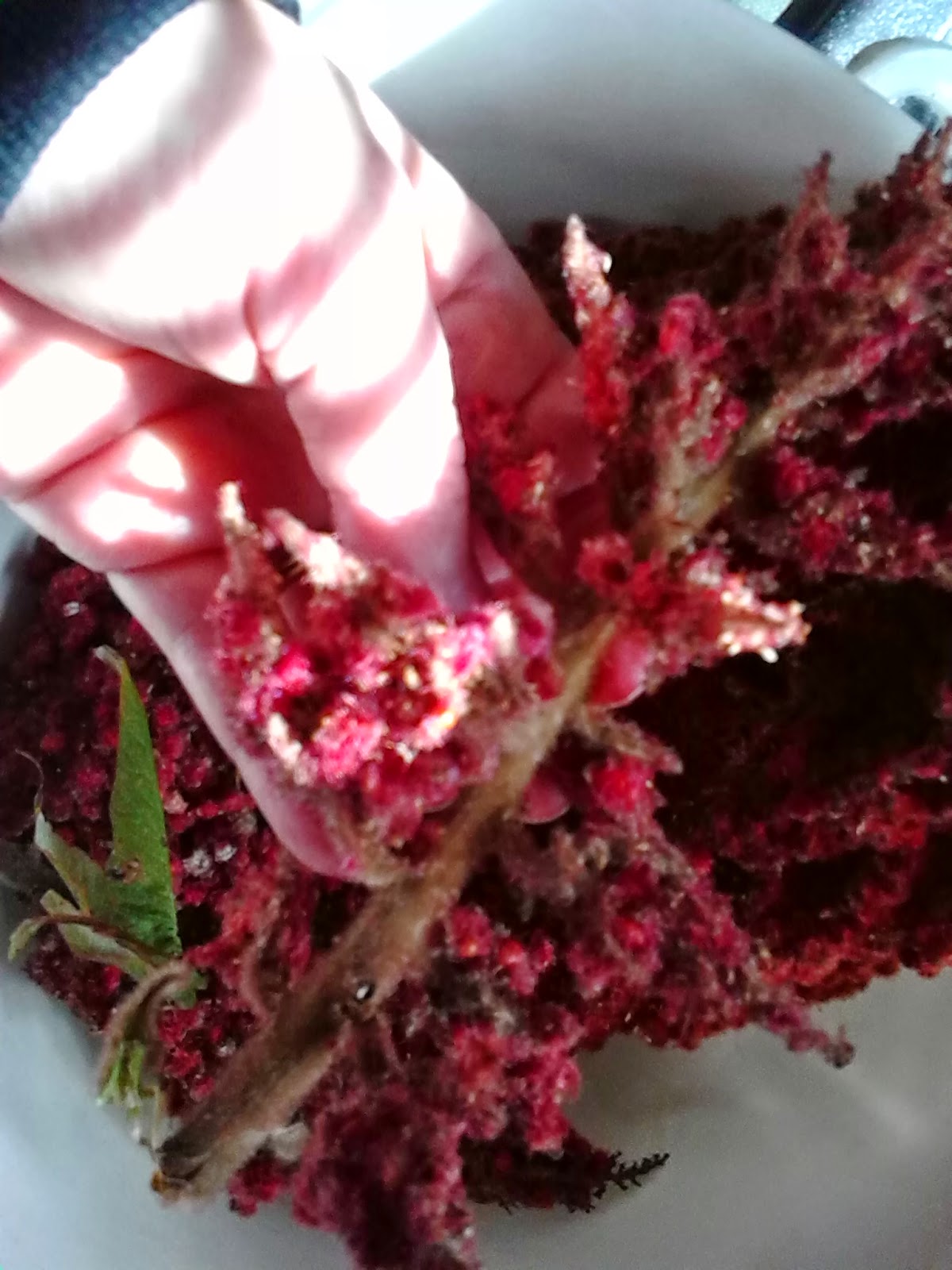 They grind well in a small coffee bean grinder. 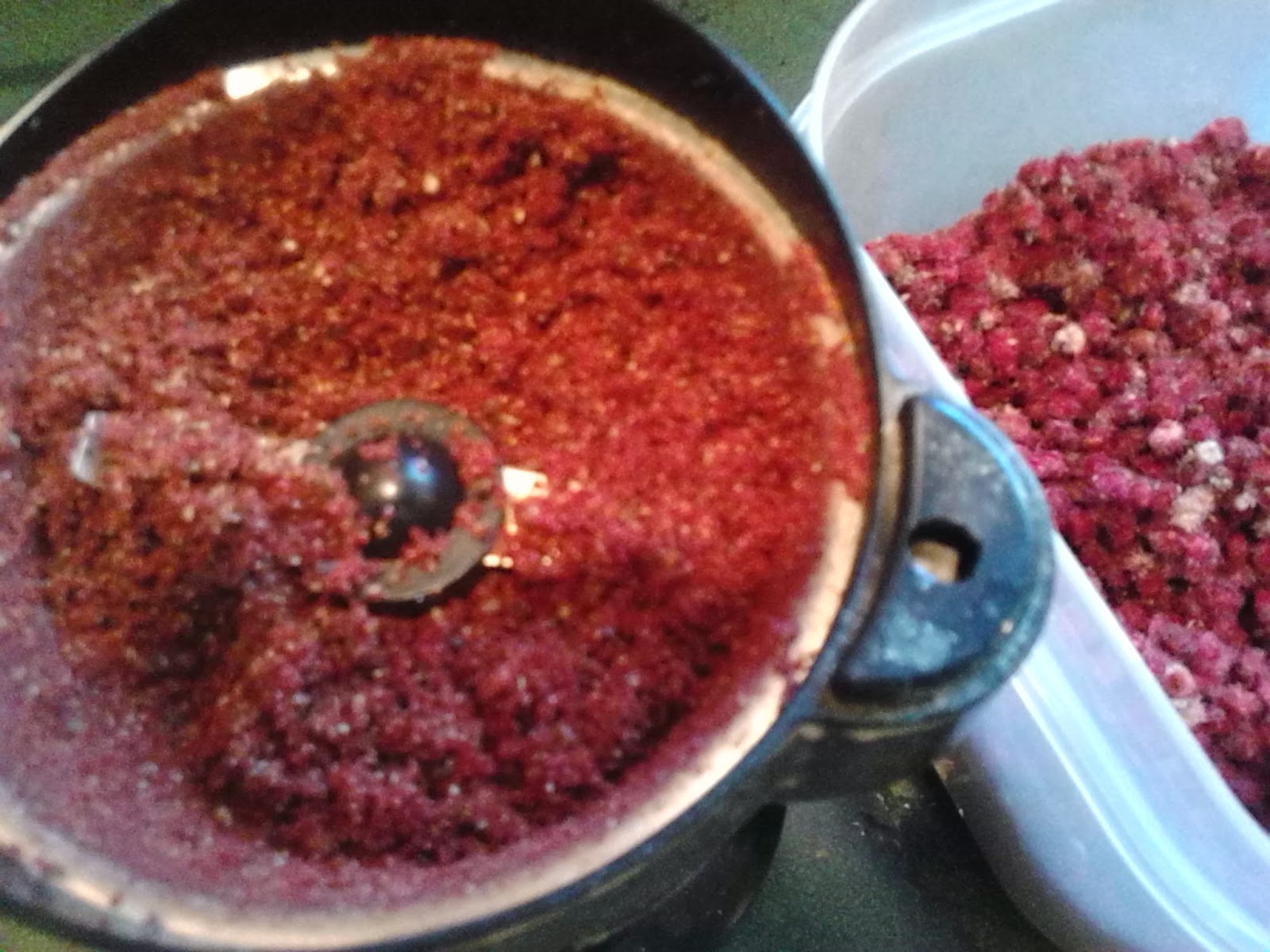 You can use the ground sumac as an herb without adding anything additional if you would like.  I made a traditional Za'atar mixture and a wild herb variety with commonly found plants in the area that I dehydrated when they were in season.  I like the results both equally.  The traditional variety has roasted sesame seeds which really stands out while the wild herb variety has a fresh greener flavor.  Both have a nice citrus bite that would be great on meat, fish or vegetables.

Mix all of the ingredients in a bowl. Store in a cool dark location.

Mix all of the ingredients in a bowl. Store in a cool dark location.


Enjoy both varieties as a seasoning on meat, fish or vegetables.  It can also be mixed with oil to make a dipping sauce.
Posted by Dr. Mom at 12:21 PM